New updates are being added to this story……Also, the table you may be looking for is now at the bottom of this article

Xiaomi announced MIUI 12 update in China on April 27, 2020. The beta testing program kicked off almost immediately, but as expected, only Chinese users were allowed into the setup.

It took Xiaomi about a month to prepare the global MIUI 12 version, with the first devices getting a taste of the new skin in late May, albeit in beta. The official announcement happened a week earlier on May 19, 2020.

As of this writing (June 18), a handful of Xiaomi devices have picked up the stable MIUI 12 update in China. The rollout is expected to expand to more regions and devices soon and in fact, some in Europe and India already have access to the pre-release version. 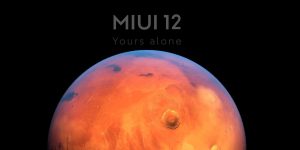 Ahead of the wider rollout, we have come up with this page to keep track of all Xiaomi, Redmi and Poco devices that have received the stable MIUI 12 update for all region-based ROMs, that is, China (CN), Global (MI), Europe (EU), India (IN), Indonesia (ID), and Russia (RU).

The first wave of the stable MIUI 12 updates outside China begins in June. The target is the Mi 9, Mi 9T, Mi 9T Pro, Redmi K20, and Redmi K20 Pro, with the rest of the devices crammed into phase 2 of the rollout scheduled to begin in July.

While some devices will be receiving their MIUI 12 treats alongside new OS upgrades, others will stick to the same base OS as before. On the brighter side, MIUI 12 has volumes of new features to keep you glued to Xiaomi, so it shouldn’t be boring at all.

If interested to know if your Xiaomi smartphone stands a chance of receiving the official Android 11 update, head here.